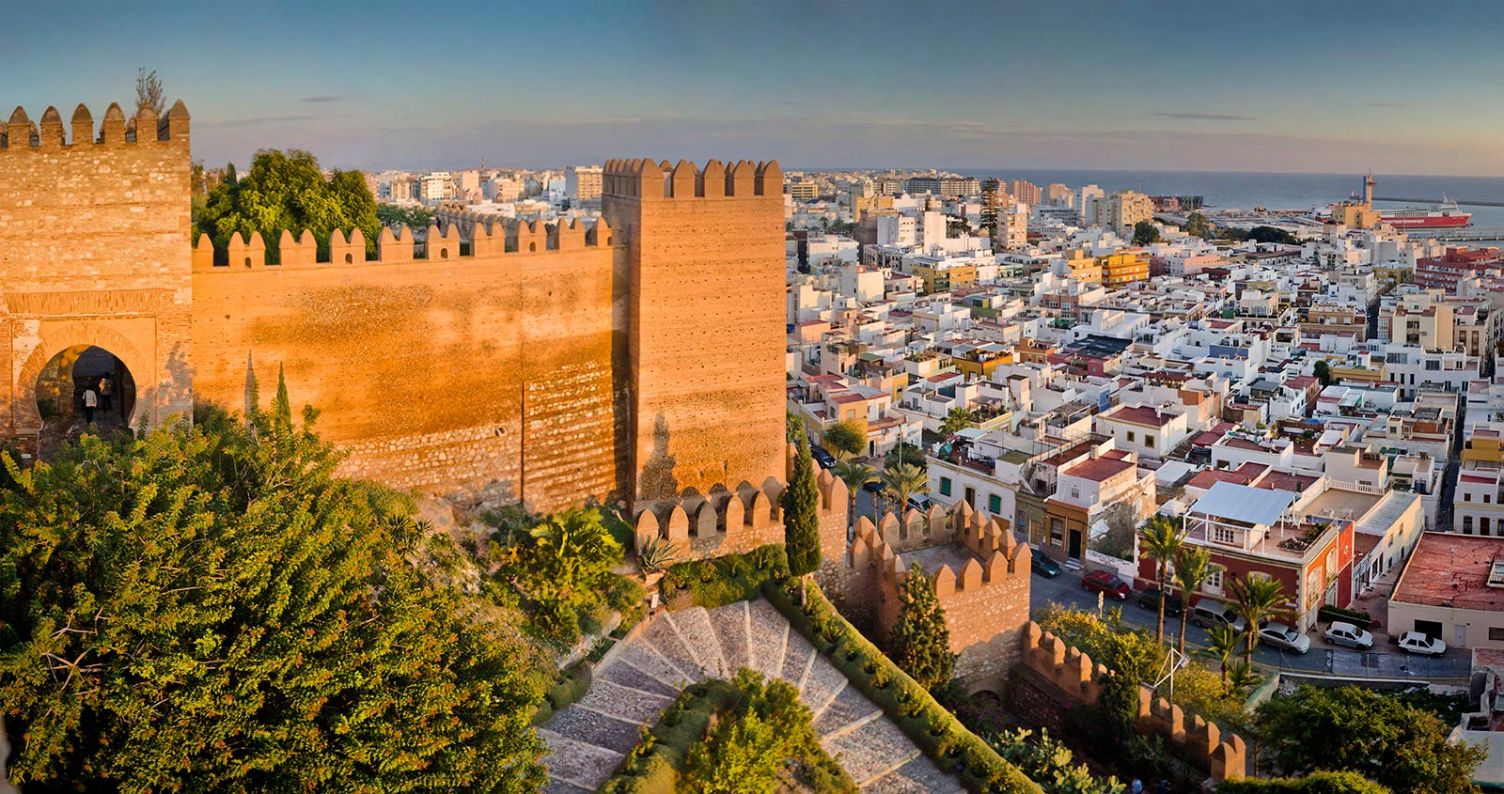 The province of Almería offers pleasures which are hard to come by in the Mediterranean: over 100 Km. of untamed coastline, and landscapes of outstanding beauty.

The peculiarities of the landscape and the bountiful Almerían climate have made this province the perfect place to locate a substantial film industry, and the region has played host to some of the most famous stars of the screen.

Its untouched beaches in the east with their emerging nudist complexes and the larger tourist centres in the west offer a quality destination for the more demanding traveller. Its exceptional coastline borders the Cabo de Gata-Níjar Nature Reserve, with long sandy beaches and secluded coves bathed by the warm waters of the Mediterranean. The traditional festivities of the Moors and the Christians will transform your trip to Almería into a wonderful adventure.

In the southeast of the Iberian Peninsula, on the shores of the Mediterranean.

It has a coastline with 200 Km. of beaches, stretching from Pulpí in the east to Adra in the west. It descends from the Sierra de Gádor mountains until it joins the Mediterranean sea in some exceptionallybeautiful beaches.

Almería, thanks to its strategic situation on the Mediterranean, has been home to different civilisations throughout its history. Significant traces of their presence can be seen in the archaeological remains scattered all over the province.

There is evidence of a very special prehistoric culture in Los Millares and el Argar. Phoenicians, Carthaginians and Greeks exploited its mines and traded up and down its coast. The Romans, who settled here in the 3rd century B.C., transformed it into “Porto Magnus” on the Mediterranean and dominated the area until the later arrival of the Visigoths in the 7th century. The Arabs created the current capital in the 10th century, and from here they ruled over one of the most important taifas (kingdoms) in Muslim Spain. The Arab influence was the most significant, as they remained in Spain for almost eight centuries. There are several monuments which bear witness to the fertile history of this land. The castles and fortressesprovide an exceptional historic testimony for understanding the societies of the past.

Long exposed to border conflicts and the need to defend itself, the province of Almería has a large number and variety of castles which comprise a heritage known to few. The mining industry brought about an economic recovery in the 19th century.

The sea and the desert coexist alongside the most fertile and productive agricultural lands on the continent. Arid terrain, where survival becomes a permanent challenge, and saltwater lakes which are home to a variety of animal and plant species, unique on our planet… this is what awaits visitors to this province, which is blessed with a subtropical Mediterranean climate, warm and dry.

The Sierra María-Los Vélez Nature Reserves with their castle, their caves and their rich fauna, and the Cabo de Gata-Níjar Nature Reserve, with its deserted beaches, wild cliffs and transparent sea beds, bring alive a landscape which offers the traveller the magic of snow, the Mediterranean forest, the desert and the sea.

The gastronomy of the province of Almería is varied and natural, and ever since ancient times has featured a combination of first-rate produce from land and sea. A certain traditional isolation has given rise to a cuisine with a big personality, which retains the most ancient essences of the past influences which can still be felt today.

Peppers and their derivative, ground red pepper, are the mainstays of this cuisine which has been handed down to the present, and is still served today in numerous houses and in some of the region’s restaurants.